Paul stepped out of his Toyota Corolla with a concrete foot and a stomach full of moths.  He paused and looked up at the tall, grey, nondescript walls of his high school and stared at a waving American flag in front of the main entrance, lost in thought.  Would anyone remember him?  If they did, would it be as anything other than that kid that everyone called a fag?  Why did he even bother to come back?

Morbid curiosity, he supposed.  He tried not to wish various maladies and misfortunes on the countless people who’d treated him like shit when they were teenagers, but his revenge cortex couldn’t help it.  Lebanon, Missouri was closer to Kansas than it was to St. Louis; as soon he graduated, he hightailed it to Northwestern University and stayed in Chicago thereafter.  It was the first time he’d even crossed the border back to Missouri in twenty years.

Straightening his tie, he walked toward the school uneasily; he opened the door with a heavy heart and was relieved when the first person he saw was the girl who’d played Marion the Librarian to his Harold Hill.  He gave her a huge smile and warm hug.  She was thrilled to see him, too; almost immediately, she grabbed his shoulder and pulled his ear toward her.  “Paul,” she whispered – “He’s here.”  Paul knew who Loreen meant, but he didn’t want to create hope where there was none, so he played dumb.  “Who’s here?” he asked, painting a quizzical look on his face.  “You know who,” she scolded, lightly punching his arm.  It was true, then.  Dean.  Dean Walker – the wrestling champion who took their school to state finals senior year.  Thinking about his sweaty smell as he walked past Paul down the hallway after practice still gave Paul a raging hard-on.  Dean had been in his spank bank for decades. 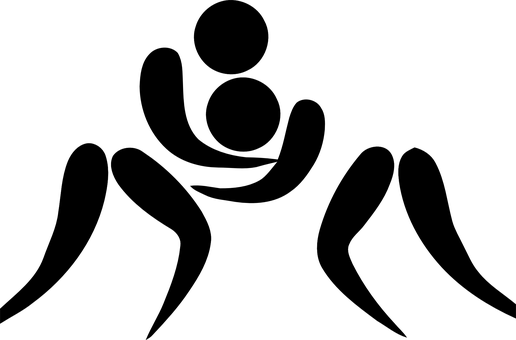 He continued chatting to Loreen as they walked into the gym and grabbed beers; while they caught up on their lives, he restlessly scanned the room until he saw Dean talking to his old teammates.  His eyes lingered on Dean’s shoulders – not as big as they used to be, but still strong and toned under his fitted T-shirt.  He gulped and remembered fondly one late afternoon that he’d gone into the locker room after school to use the bathroom and had found Dean coming out of a stall; Dean turned around when Paul went in and followed him back into the same stall, looking Paul square in the eye for a moment before Paul willingly dropped to his knees and pulled down Dean’s shorts, taking his freshly-showered, now hardening dick into his mouth.  He eagerly relished the texture of every vein and ridge and the moan that Dean didn’t mean to make when Paul squeezed his balls just so.  After Dean had shot his salty load into Paul’s mouth, he pulled his shorts up and walked out, leaving Paul on his knees; they never spoke of it again.  In fact, they never spoke again.

Feeling uncomfortable as his cock started to stiffen under his trousers now, Paul excused himself momentarily and started walking toward an exit.  He couldn’t help looking toward Dean as he strode – and Dean looked back at him.  They made fleeting eye contact before Paul stepped out to inhale lungfuls of fresh air.  Standing against a wall, he closed his eyes and tried to think of anything that would make the blood leave his cock. He started when he opened them and Dean was next to him.

“Hey, Paul,” he said.  “It’s been awhile.”  Paul squinted his eyes a bit, befuddled by this sudden friendliness.  “Y-yeah,” he stammered, “It has.”  The last word came off like a question as his brain tried to comprehend what was happening.  “I got a new truck,” Dean said in a way that suggested they were old fishing or hunting buddies.  “You haven’t been around in a long time – want to see it?”  “Sure,” Paul said, drawing out the word.  He followed Dean to a silver behemoth at the far end of the parking lot.  “Chevy Silverado,” Dean said proudly, tapping the hood twice.  “She’s real comfortable for a truck and even has heated seats if you can believe that.  Want to go for a test drive?”

Paul opened his mouth, but no words came.  Dean opened the passenger side door and offered up the seat to Paul.  “Hop in,” he said.  “She’s a beaut.”  Dean drove them west on 64 until they came to the gravel parking lot of an abandoned diner, which he pulled into, treading on a linked chain that meekly attempted to keep cars out.  He turned the engine off and turned to Paul.  “I owe you something,” he said, his voice deeper than normal.  “I don’t – ” Paul started, but Dean interrupted him by sliding a large, rough hand around the back of his neck and pulling him in for a kiss.  Now Paul really thought he was dreaming, so he made the most of it and kissed Dean back with the ferocity we reserve for fantasies.  Suddenly, Dean was taking apart the clasps at the top of Paul’s trousers and pulling his cock out of his boxer briefs, licking around it before taking it into his mouth and then into the back of his throat as Paul grew thicker and longer.  Paul was so taken aback that he held his hands up at first, motionless – but as Dean’s head movements became rhythmic and he started groaning, Paul placed his hands on those shoulders he’d spent so much time thinking about during meetings and held on.  Feeling Dean’s tongue slide along the length of his cock and his strong hand gripping the base was almost too much to handle.  He felt his core tighten and his legs tremble; “Fuck,” he muttered, “I’m going…” his words trailed off as his face screwed up and his whole body clenched, then released.  His breath slowed as Dean licked every last drop of cum off of him.  He closed his eyes.  “I wasn’t expecting that,” he said, his head tilted back, feeling body-drunk.

Dean put his arm around Paul’s shoulders and rested his chin next to Paul’s ear.  “We’re even now,” he said.  “But maybe don’t make it such a long time ‘til you come back to visit.”  He started the engine and turned the truck around, back toward the school, and drove silently while faded music played on the radio.