I loved these mysterious stairs to the window we found in our guesthouse… it felt like a small stairway to the stars.

“You ever driven a pontoon before?” asked the man with the faded Sox baseball cap, glaring at Kurt through the unforgiving sun.  “I’ve never been on a pontoon before,” Kurt responded.  The man laughed.  His teeth glowed in the white summer light, unusually hot for early June.  “Well,” he said in response, his breath sucking in, “She don’t move very fast, but she’ll get you where you need to go.  If you don’t mind me asking – why are you taking lessons?”  “I’m going to be in charge of the lakefront at a camp this summer, and we have a fishing pontoon,” Kurt responded, looking out at the shining white poles bobbing all around him. 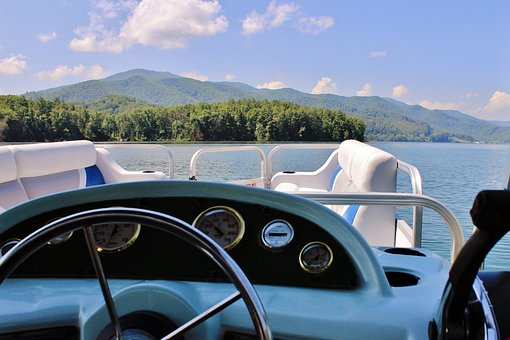 “You fish?” asked the man, chucking softly.  “I don’t,” said Kurt – “Guess I’ll have to learn how to do that, too.”  That got a much bigger laugh out of the deeply suntanned man, who thrust his calloused hand toward Kurt.  “Fred,” he proclaimed, grabbing Kurt’s unexpecting hand in his.  Kurt, startled, tried to match Fred’s enthusiasm, but found himself shook.

“I’ll show you how to get her out of the harbor; taking her out’s pretty easy.  Getting her back in is a real bitch sometimes, though,” he said without a wink, staring steadily at Kurt.  “I’m sure you’ll do fine.”

He did; Kurt eased the boat out gracefully enough straight back into the water.  Once they were out and had space around them, he started to relax and enjoy himself, getting the boat up to a whopping twenty miles per hour.  They cracked jokes about the speed; once in the middle of clear deep blue, he cut the engine as per Fred’s request.  They cracked open a couple of beers; suddenly Kurt realized there was no bathroom on board.  “Strange question,” he said, cocking his head.  “Where do I take a piss?”  “Where else?” asked Fred, looking at Kurt like he was a Republican in Berkeley.  “Out there.”  Of course, Kurt thought. Why would I even ask?

He walked to the short railing and looked around cautiously, but there were no other boats in sight.  He opened his fly, pulled out his cock, and held it lazily as a rushing stream of urine propelled itself out of his body.  Feeling relief, he glanced over his shoulder and noticed out of the corner of his eye that Fred seemed to be watching intently.  His mind flashed briefly to the yellow hanky he’d seen poking out of Fred’s right jeans pocket; he’d just assumed it was a regular bandana.  But maybe…

He turned around to face Fred squarely; judging by the bulge in his jeans, the hanky was no accident.  “Huh,” he said, much more loudly than he’d intended.  He opened his mouth, then closed it again like a guppy, not quite sure what to say.  No need; Fred was the first to speak.  “Do you, uh – mind if I lay out a bit while we’re out here?”  Before Kurt could answer, Fred’s tank top and jeans were off.  “You go commando every day?” Kurt asked, smiling, taking his own shirt off and visibly appreciating Fred’s thick, sprung cock.  “Just about,” Fred answered nonchalantly.  “’s more comfortable, enit?”  “Sometimes,” said Kurt, lying next to Fred on a blanket Fred had thrown onto the deck.

“Nice being out here in the quiet,” he continued.  “No one watching you.”  “Indeed it is,” Fred agreed.  “So,” said Kurt, flashing Fred a wicked grin and sliding his shorts down over his hairy legs.  “Got any more beer?”  Fred’s dick popped up of its own volition at the very suggestion.  “I’ll take that as a yes,” Kurt said, reaching to cup his balls with one hand while finishing his beer with the other.  He wouldn’t be worried about getting her back in for a while.

This feels particularly timely with the recent passing of the FOSTA-SESTA bill package.

Although I don’t remember the first time someone put my toes in their mouth (it might have been the boss I had a brief affair with when I was nineteen…?), I do know that I’m forever grateful – it’s something I’ve wanted from every partner since.  There are people who are really freaked out by feet because of their smell or their aesthetic, but I find them to be absolutely beautiful.  Some people who are into feet like their own touched or licked; others like to fondle or worship other people’s feet.  As for me – it’s all the feet all the time.

I wouldn’t consider myself to have a foot fetish per se since I don’t need to touch, see, or think about feet to get off; I just love looking at and touching feet and having mine caressed, licked, and beaten.  I once even had the soles of my feet pierced just for the craic!  I couldn’t dance for a few days afterward, but it was an interesting sensation.  It’s always such a delight telling a new play partner that I like having the bottoms of my feet lightly caned and flogged.  If I’m really into someone and generally like their smell, I love smelling their feet, too, and have never been grossed out by sock lint between toes or football-induced blood blisters*.  I stare a bit too long at high arches and relish the feeling of big, strong hands wrapped around my feet.

There was a time long ago when I was hosting someone from out of state for a dance exchange; he was giving me a massage and started rubbing my feet.  “Oh, no you don’t,” I said – “If you touch my feet, you’re going to have to fuck me.”  I must have taken him by surprise, because he gently let my foot down and told me that he guessed he would have to concentrate on my back.  I was thrilled when I went to visit him months later and, walking upstairs from a wine bar, he pinned me against the wall and whispered into my ear, “I think I’m ready to massage your feet now.”  See?  Intoxicating.

This is why, on the second evening I ever spent with The Engineer, I laughed when he drunkenly suggested sticking a toe in me while we were taking a bath together.  “Go for it!” I said.  “It’s just a toe.”  He did, and it was quite a bonding experience.  Also why I will laugh for ages and ages every time I hear Rachel Lark’s song “Fuck My Toe” (that whole album is fabulous; I highly recommend giving it a listen).  Saying yes to something so small let him know that if he could ask for silly sexy things, then it might be okay to ask for other secret desires to be met down the road.  Kind of like a podiatric litmus test.

All of this is to say that feet are my jam.  My toe jam, as it were.  They are our very foundation.  They ground us, they move us, they carry us up mountains and down canyons and into forests and rivers, and they give us the ability to dance and play and run free.  They connect us to the earth and to each other.  What’s not to worship?

*I’m looking at you, honey.

I recently found a bunch of old Barbies in my basement; before giving them away, I thought I’d have a bit of cheeky fun taking some remarkably inappropriate photos of them.  I hope you all find this as hilarious as I did!!!

And a scissoring photo for good measure: