It’s that time of year, so here are five things I’m grateful for:
That spongy tissue on the front wall of my vagina that gets a boner when I’m turned on 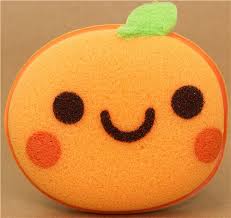 Some call it the G-spot; some say it’s just the back end of the clitoris.  Some say we should call it an area instead of a spot.  Whatever you believe it is, I will preach from the mountain tops that it is a thing, and mine happens to help me have multiple orgasms.  This might deserve its own post, because it’s been really awesome lately.  Thanks, spongy tissue!

Foreskin
Playing with foreskin is like driving a car with a manual transmission; once you’ve gotten the hang of it, you just never want to go back to automatic.
My sex-positive parents
Seriously, what parent hears their fifteen year-old daughter say, “Yo, I’m staying after school today to teach an HIV mini-lesson and give a condom demonstration” and replies, “Good on ya, honey?”
Silicone!
Regular silicone toys!  Medical-grade silicone toys!  Silicone lube (I’m a huge fan of Pjur and Pink)!  Hot damn, silicone lube.  I want to do a whole-body silicone lube massage exchange where my partner and I buy a jumbo bottle of silicone lube, massage each other with liberal amounts of it, put a plastic sheet on the bed, and rub our bodies against each other.  Maybe with swim caps on.  We will be warm and happy, like dolphins in the Indian Ocean.  All the silicone.  All the time.  (But don’t mix silicone lube and silicone toys!)
Red wine
Making people horny since whatever year it was invented.  Red wine goes straight to my cunt in a way that nothing else does, and come winter, it’s all red wine and whiskey – a girl’s gotta stay warm, you know?  Cheers!
(Mostly I’m grateful to have an adventurous, communicative, sexy, and supportive partner right now, but that deserves an entire post all on its own!)

On a recent drive home from visiting extended family, my mom and I got into a fight, which isn’t surprising in and of itself – we can’t spend any real amount of time together without fighting.  What is surprising is that on this occasion, instead of reacting the way I normally would (sighing heavily and shutting down), I used a communication technique from books about ethical non-monogamy.

The situation was this: She said something passive aggressive and meant to evoke feelings of guilt (“Honey, you must be so excited to go to DC so you can get away from your mom.”); in a raised tone of voice, I told her that it’s not okay to guilt trip me; she told me it wasn’t a guilt trip, then lapsed into the silent treatment.

I tried talking her out of it for a while, but nothing was working – then finally, a light bulb went off.  “You’re a good mom,” I said, “and I love you.  When you say things like that, it makes me think that you think that I think (confusing, no?) you’re not a good mother, but you are.  And it’s okay if you need validation.  I should say this more out loud: You’re a great mom and I love you so much.  If you need reassurance, just ask and I’ll give it to you!  We all need reassurance and validation from the people we love.  I do, too.”  And poof!  Just like that, she came out of silent mode to tell me that she didn’t think that I thought she was a bad mother and that she loved me, too.  We talked about how hard it is that my sister and I live far away from her, and she really does worry that we don’t want to spend time with her.  Most of her friends have children who still live in my hometown and who have kids of their own; I know it’s emotionally difficult for her that we don’t.

Then she said something really interesting. When I told her that there were a lot of people in my life that I care about, she said, “I guess sometimes I just feel jealous.”  And instead of saying, “That’s crazy – we’re both adults,” I held her hand and said, “Yeah, it’s gotta be hard to have someone depend on you for so long and then become completely independent.  I understand why you feel that way.” Of course, being childless, I can never truly understand – but I can try. And trying makes a world of difference.

Even parents – those people who are supposed to be our rocks – need reassurance that they’re important and loved.  Because they take care of us when we’re young, we sometimes see them as being impervious to feelings of inadequacy or jealousy, but they’re not.  They’re every bit as fragile and vulnerable as we are, especially as they age and start losing their own parents, siblings, and friends; in the long run, it’s not only easier to be compassionate than stubborn, but it’s better for our relationships (and our mental health).

Near the end of this school year in San Marcos, CA (San Diego County), a middle school health teacher did an activity in class from a school board-approved abstinence-plus curriculum which involved papers posted on the wall describing different sexual activities, such as hugging, kissing, “above the waist,” “below the waist,” and “all the way” (whatever that means – not exactly descriptive language).  Students were supposed to stand near the paper that described what level they thought was most appropriate for middle school students.  I wouldn’t necessarily do this activity in my classroom (partially because of the use of antiquated euphemisms and partially because I think the discussion would be better done in small groups), but I don’t see it as particularly harmful.  It opens a dialogue among peers about what they think is right for them, which validates and gives them ownership of their feelings, and hopefully gets them talking to their parents about it.

However, one student thought that the teacher was asking her to stand under the sign appropriate to what she’d already done; she felt pressured to self-report and told her parents, who then proceeded to vomit a shit storm of sex negativity on the school.

So, first of all, NO MIDDLE SCHOOL SEX ED CURRICULUM — especially one that’s only abstinence-plus and not comprehensive — would ever ask students to publicly, in front of alllll their classmates, discuss what they’d done sexually.  That’s ridiculous.  Furthermore, parents at this particular school have to sign permission slips in order for their children to take the class AND the curriculum is available to parents in this district to pursue at their leisure.

Second of all, until recently, these students followed an abstinence-only program; having done thorough content analysis on a few of these programs, I can say unflinchingly that they are reductive, harmful, glaringly sex negative, objectifying, and shame students if they fall anywhere outside of mainstream sexual or gender norms.  Abstinence-plus is barely a step up.

The parents said in an interview that  “For the children to get that confused is just another reason why it [sexuality education] shouldn’t even be in the schools.” (ABC10 News, June 4th, 2014)  Wh-wh-whaaaat?  Middle school students were confused about something?  If we removed any curriculum that is remotely confusing to students who are in the middle of a hormonal coup d’etat, there wouldn’t be any curriculum to teach.

So, parents continue to lose their shit over their children talking about sex.  Not news, but still frustrating.

Here’s something fun that’s totally unrelated to take the edge off!  It’s my favorite weekly feature on a blog.