Every month from the time I can start remembering my childhood to the time I left my parents’ house, a magazine covered with a shiny black plastic wrapping would show up in our mailbox.  You may be thinking that I wondered throughout my childhood: What was this mystery magazine?  But I never needed to wonder, because as soon as my dad got his hands on that month’s issue of Playboy, the plastic cover would come off and he would call me and my sister to come over and find the famous bunny icon hidden somewhere on the cover.  For us, it was such a fun game that we couldn’t wait for dad to get home when the new Playboy arrived so we could find the bunny.

My parents never made a big deal out of the fact that there were nudie mags lying about the house, so it didn’t seem like a big deal.  In normalizing nudity, they helped demystify sexuality a bit.  The magazines were just… there.  I looked at them often, thinking about how my body would look when I got older.  Thinking that the women in those pages were beautiful.  In high school, I read the Playboy Advisor and the jokes and repeated them to my friends, who delighted in how pervy I was.  Looking back, I’m so fucking thankful that the women I saw in the issues I looked at as a child of the eighties featured women who, for the most part, looked like they ate actual food, weren’t airbrushed, and didn’t have plastic surgery.

When I was in third grade, my bus driver told me that I would be in Playboy someday – I was old enough and young enough to know that it was a creepy and inappropriate comment.  When I was in fifth grade, I asked my mom if it bothered her that dad liked to look at naked women.  “No, honey,” she said.  “He’s just looking, so it’s okay.”  When I was in seventh grade, I took a few issues to school with me to sell them (five dollars each – a bargain for access to porn!) in order to make some money for Christmas shopping.  I had sold one before school and was planning on selling more during lunch, but gossip spreads like wildfire; before I knew it, I was being pulled out of class by a SUPER FUCKING HOT security guard / basketball coach who took me to my locker, made me hand him the magazines, and then said, “You’re lucky we’re not going to call your parents.”  When I was in tenth grade, I found an issue of Playgirl with Robert Kelker-Kelly from Days of Our Lives in my parent’s closet and was so excited that there were nudie mags full of men, too.  There was a piece of erotica in there that would stick with me for the rest of my life as a fantasy (which I got to act out a few years ago).

When I was a college student, I told my dad that all I wanted in terms of inheritance were his old Playboy magazines; he had been keeping them up in the attic next to issues of Psychology Today and Analog.  By the time my father did pass, there were decades’ worth up there.  A few years after his death, I crawled into the attic to lug out allllll those boxes of old Playboys to find many of them waterlogged from roof leaks, ripped, musty, or otherwise falling apart.  We had to get rid of them.  I put a few of the oldest ones from the late 70s aside (bush and OJ Simpson ads!), and then my mother and I loaded the rest into her SUV to take to the recycling center.  A bunch of the guys who worked at the center came over, curious as to what we were throwing away; we told them that they were old Playboys and that they could have the magazines if they wanted.  Nah, they all said, and walked away.  But as we pulled out of the recycling center, we could see them all walking back to the bins and pulling some issues out to have a quick browse.

Second — how about we educate our boys about the differences between the sex they see in pornography vs. real sex?  How about we have critical discussions with them about gender roles, consent, the meaning of masculinity, and healthy relationships?  A program in Canada is doing just that, and it would be the greatest thing ever if that program were available everywhere.

Despite these red flags, I continued to read the article — a scare piece — and was shocked when I came to this paragraph:
There was stunned silence around that table, although I think some of us may have let out involuntary cries of dismay and disbelief. Sue’s surgery isn’t in the brutalised inner-city but in a leafy suburb. The girls presenting with incontinence were often under the age of consent and from loving, stable homes. Just the sort of kids who, two generations ago, would have been enjoying riding and ballet lessons, and still looking forward to their first kiss, not being coerced into violent sex by some kid who picked up his ideas about physical intimacy from a dogging video on his mobile.

I wasn’t shocked by the fact that teenagers are having sex.  It wasn’t the mention of teen girls having to have surgery for incontinence that made my jaw drop, though that is certainly shocking and disturbing.  What caught my attention is the implied racism / classism in Pearson’s writing.  That her outrage stems from the fact that it’s privileged suburban white girls who are being coerced into sexual acts that they’re not entirely comfortable with and not lower class girls from the “brutalized inner city” teems with racist and classist implications. As though it wouldn’t be newsworthy if a teenage girl from an inner city neighborhood needed surgery because her boyfriend had aggressive sex with her.  In addition, the fact that she paints being from the inner city in opposition to being from a “loving, stable home” really got on my fucking nerves.  In doing so, she is tacitly stating a mutual exclusivity between making less money and providing stability or love for one’s family.

Pearson longs for a time when teenagers were “looking forward to their first kiss” at the age of sixteen (the age of consent in Sydney).  This is 2015.  We need to be talking realistically to young people about their lived experiences and having conversations with them about desire, communication, and consent, and we need to give them safe spaces to speak freely and advocate for their own agency.  That includes recognizing that young people have sexual desire and that that desire is part of their humanity.  (I also think it should be said here that anal sex is not by definition violent sex.) 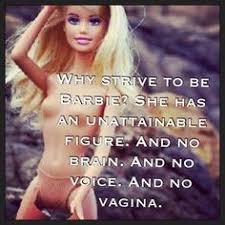 So all kinds of shit happened in terms of sexual health reporting last week; these issues have gained enough traction to pop up on NPR.

Terry Gross interviewed two authors on “Fresh Air” on their latest book on the rapidly lowering age of onset puberty for girls.  Take away: Soy isn’t causing your nine year-old daughter to develop breasts, but antibiotics given to the animals we eat might be.  I brought up this article to a younger friend of mine last week, and she told me that she started her period at eight.  Eight.  I can’t imagine how confusing and strange it would have been to start bleeding every month while I was still playing with Barbie dolls.

The Food and Drug Administration is considering lifting a ban on blood donations from MSM (men who have sex with men).  Just – what?  The FDA doesn’t already allow gay and bisexual men to donate blood?  This was the case fifteen years ago when I used to volunteer at a blood donation center, and I thought it was ridiculous then.  The article states that “one suggested solution… would permit donations from men who have gone a year or more without having sex with another man.”  So… all those celibate queer guys out there, congratulations!  Today’s your lucky day!   Basically, you can only give blood if you don’t put out.  But aren’t hospitals in large metropolitan areas  — the very same large metropolitan areas where there happens to be a large LGBTQQILMNOP population — in desperate need for a larger blood supply?  So why the fuck, especially in light of the fact that HIV has been screened for in blood donations since 1985, are we still discriminating against people who want to help save lives?

And then there’s this bullshit about circumcision.
From the article:  “The CDC’s proposal opens the door to circumcision becoming a topic of conversation any time an uncircumcised male goes to a medical appointment.”
40 year-old male patient: “So, Doctor so-and-so, I seem to be having an allergic reaction to eating fruit with pits and tree nuts, and –”
Doctor: “I see that you’re uncircumcised.”
Patient: Blank stare.
Doctor: “Ever think about changing that?”
Patient: Continues blank stare.
Babies can’t give consent to being circumcised, a procedure that’s irreversible and unnecessary.  Has the CDC considered talking to parents about the sexual benefits of keeping their male children’s penises intact?  Because let me tell you, there are sexual benefits.