A few weeks before he left, the Texan and I went to a fancy schmancy love motel in another city for a weekend.  Before heading there, I read a blog post on Bustle about a woman trying the grapefruit technique that went viral on YouTube about a year and a half ago on her boyfriend – for science!

Sounded like fun to me, so I hopped on over to a neighborhood grocery store and bought a grapefruit and a cheap bottle of champagne to bring on our trip.  When I told the Texan that I was planning on putting the grapefruit on his wang, he started laughing hysterically and asked me if I’d seen the viral video. I hadn’t; we watched it together and I became even more excited to try it (the video is hilarious and wonderful; please watch it if you haven’t).

After a long, hot bath together, we drained half of the water out of the jacuzzi and threw the grapefruit in to warm it up (as instructed by Angel).  I grapefruitted him with much success in the hot tub, where clean up was super easy.  The verdict?  He says that while it did feel amazing, it wasn’t quite as good as pussy.  Eventually, the grapefruit got too loose; I had to throw it aside and use my hands, but that was just as much (if not more) fun.
After getting a hot load of cum in my mouth (yessssss), we celebrated our experiment by drinking champagne off of each other.  Hot tubs are a GREAT place to do messy things!

I couldn’t ask for a better night.
See who else is doing naughty things…

The English department secretary at my school sent me the following email hours before I hopped on a plane to come home for Christmas:

Dear Jo,
You have special sport students in some of your classes. I’m writing to let you know how to grade for those students.
I attached the excel sheet showing the list of sport students.
They will get a pass according to the score and rank which they win at the sport contest. Therefore, (name of my university) wants you to give the designated letter grades by which I mean you should give them a pass.
Please contact me if you have questions.
I teach once-a-week, pass / fail conversation classes; the cutoff point for passing is 60%. Basically, if the students show up most of the time, participate, and pass the exams, they pass the class.  In the list of twenty or so students that was sent to me, only one actually passed my class.  There were others who only showed up for the exams just to fail them, some who came once in a while without a textbook and then sat in the back on their cell phones the whole time, and some who never showed up to a single class or exam.
Our university’s policy is that when it comes to student athletes, their class scores for all of their classes are based on how well they do in their sport.  If they’re athletic rock stars — say, in tae kwon do or baseball — they never have to go to a single class and can still get an A in all of them.
This is not unique to my university; it’s common practice in private universities all over Korea.  I know shit like this happens in the US as well, but it’s shocking to see it so out in the open.  Maybe it’s better that way… at least there’s no pretense.

I always wonder what our student athletes do after university… do they go on to national competitions?  Then what? Do they coach?  What if they get injured?  Changing careers is relatively easy in the US, but extremely rare in Korea.  Students don’t even change majors in Korea. So if athletes just stop learning the same skills and knowledge their peers are learning at age 15, what happens when they need it?

In this photo, taken months ago, I was waiting in bed for The Texan to come over and thought it would be fun to send him a quick shot.

Having dropped him at the airport yesterday morning and knowing I won’t see him again for another year and a half, I’m waiting again… this time for a long time.  For the thrill of his giant hands on my tiny body, his lips pressed against mine, the reassuring way he wraps his arms around me, the dirty whispers in my ear, the love that radiates out of him.  I’m a strong broad, but it’s going to be a rough holiday without him.

I don’t think my heart can handle any more dating in a country where the people I meet are so transient.  It’s beautiful outside; the air is crisp and clear (despite being next to China), the sky bright and sunny.  But my insides are bleak mid-winter.

I recently went back to the trail my partner and I went hiking on a couple of months ago and found the tree we fucked against so I could take photos of it for a project; since I was hiking on a Monday afternoon and there were few people on the trail, I figured it couldn’t hurt to take some naughty pictures.  Once I got into doing that and was turned on, I thought, “Hrm… maybe I’ll make a wank video as well as a nice surprise!”

It only took me two and a half minutes to come; the video is hilarious because my body is convulsing and I’m making the craziest O faces, but I’m completely silent so as to not draw attention.  Can’t wait to show it to the boyfriend!
See who else is participating in Sinful Sunday!

Expats living in South Korea sometimes joke that while Korea feels like 2020 technologically, it kind of feels like the 1950s in terms of relationships.  Most young people in South Korea still live with their parents and continue to do so until they get married – with the exception of living on campus for some university students.  While the number of people living alone is on the rise, single households still account for only 24% of households in Korea – and that includes English teachers and the elderly.  So if you’re dating (and you better be because if you’re still single at thirty YOU’RE GOING TO DIE ALONE) and still living with mom and dad, where do you have sex?*

At the Love Motel!!!

All over South Korea, in every city, in practically every neighborhood, you can find a love motel (or twenty): a motel which was built with the express purpose of bangin’.  The rooms come with throwaway toothbrushes, condoms, super soft core porn on the telly (basically just a lady’s face moaning; sometimes there are boobs), shared toiletries, and black ropes hanging between the alley and the parking lot so you can’t see people get out of their cars and walk inside.  Many love motels have different fees for overnight stay versus the use of a room for a few hours.  And they can get super backed up.  In the more popular and modern motels on a Saturday night, it’s not uncommon to see a waiting area in the front lobby full of young couples waiting for people to finish sexing so they can use a room.

You’d think these places would be kinda gross or disheveled with all those people coming (ha!) and going, but they’re actually pretty rad!  Every love motel room I’ve been in came with clean sheets, towels, and robes.  They all had huge flat screen TVs, a queen or king-sized bed, a mini-fridge with free bottled water, an electric kettle with free coffee and tea, a computer with internet / free WiFi, and a toilet with a heated seat.  How much do these rooms run, you ask?  They sound kind of expensive!  NOPE!  In a small town, you can get a room with a queen-sized bed and a large Jacuzzi tub for 60,000 won – about $50.  I stayed in one last weekend with a king-sized bed, a skylight that covered most of the ceiling with a retractable cover, a gigantic round hot tub, and a Finnish sauna for 80,000 won.  For real.

I kind of think people should skip the temples and palaces and just come to South Korea for a sex vacation.  And the food.  Delicious food and sex in a hot tub!  What more do you want on vacation?  South Korea: Come for the grilled meat and fresh seafood; stay for the love.

*Mom and dad, of course, would answer: You don’t.  You don’t have sex until marriage.  Did you know that roughly 1/3 of Koreans practice Christianity – evangelical Christianity?

These cranberries ended up inside my belly eventually; in the meantime, they left quite a stain on the outside!

See who else is participating…

The first time someone slipped a finger into my ass during sex (there’s a transition), I was straddling a dude from one of my college classes in his kitchen after we’d just played strip Trivial Pursuit (highly recommended).  His roommate and the friend I’d brought were off in a bedroom doing… whatever they were doing, and we were fucking on the kitchen floor, my legs wrapped around his waist.  I was already super aroused, so it wasn’t painful – just a new sensation that heightened my desire… and after a few moments, I really got into it.  I thought, “Why haven’t other guys done this?  Why haven’t I done this to other people?”  It opened a whole new pathway to pleasure for me. 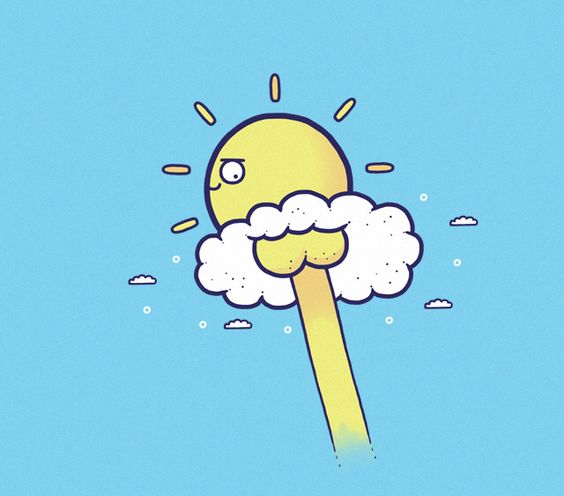 
*Not that I have much of a bass.  Bone to pick with this song: treble clefs are still bottom heavy.  Can I get a musical symbol of a body type with a big rack and a firm but relatively small behind?  Cause that’s where I’m at.  Maybe imagine the bass clef upside down, and that’s what my boobs are like.